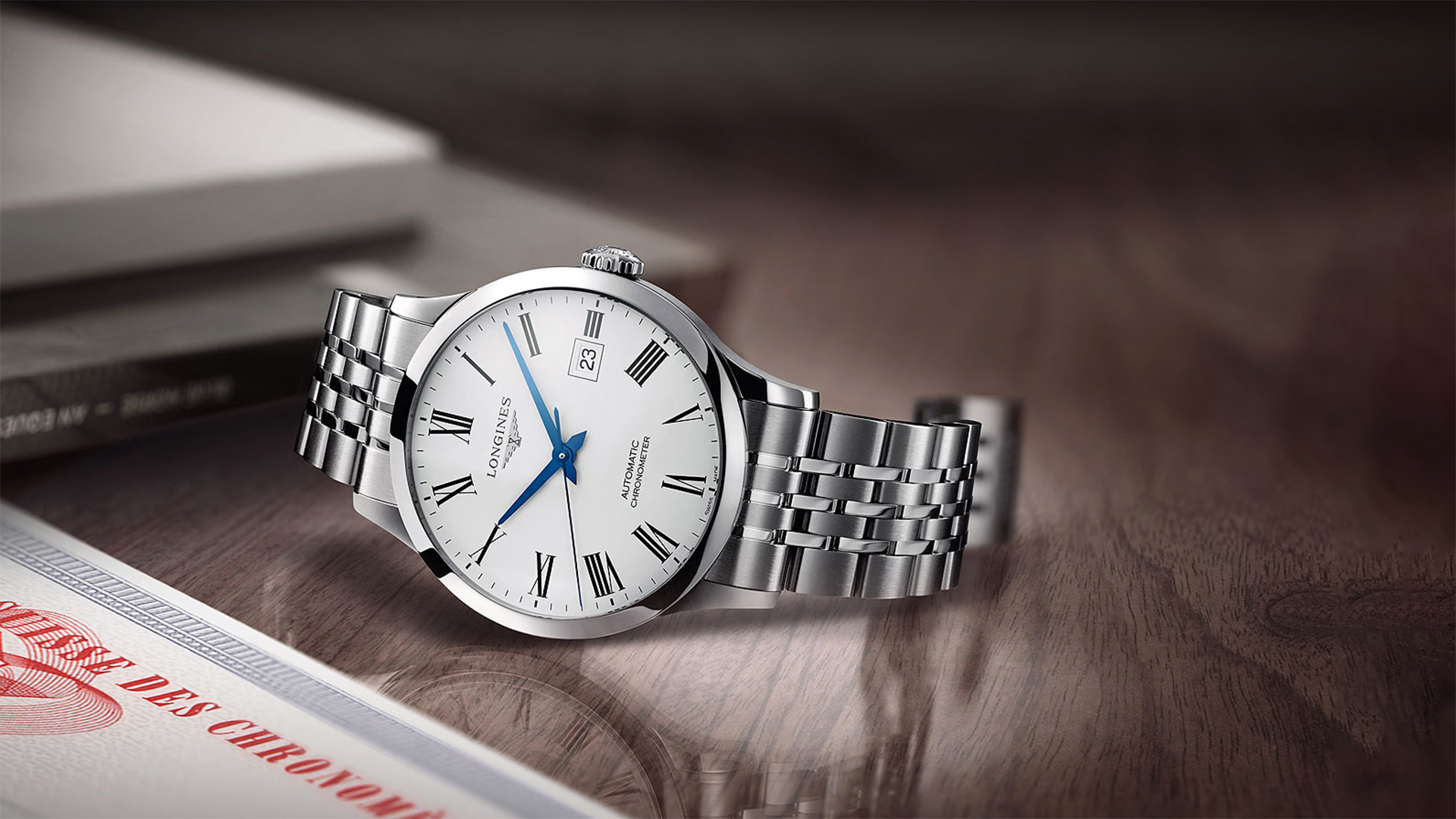 The history of the Longines brand

Founded by Auguste Agassiz in 1832 in Switzerland, in the small town of Saint-Imier, Longines boasts a long tradition built around the elegance of its watches.
During the first three decades of its foundation, Longines watches were produced by watchmakers who lived in the village, in their own home; Agassiz personally completed the assembly and handled distribution. At the death of Auguste Agassiz in 1867, the helm of the company was taken by his nephew Ernest Francillon, who broke with the past and set up the Les Longines factory: production methods were radically changed as were all stages of construction, which now all took place under the same roof.
In the latter years of the 19th century, thanks to ongoing technical research carried out directly at the company premises, Longines was awarded the title of top prizewinning Watchmaker at international and universal exhibitions. Then, in 1889, Ernest Francillon patented the famous brand name: Longines, which in the local dialect refers to the name of the beautiful meadows around Saint-Imier, accompanied by a winged hourglass.
Over time Longines increasingly focused on the world of sports chronographs, placing its knowledge and know-how at the service of the most prestigious sports disciplines, such as horse racing, alpine skiing and archery.
Longines has always stood out for its elegance, tradition and performance. 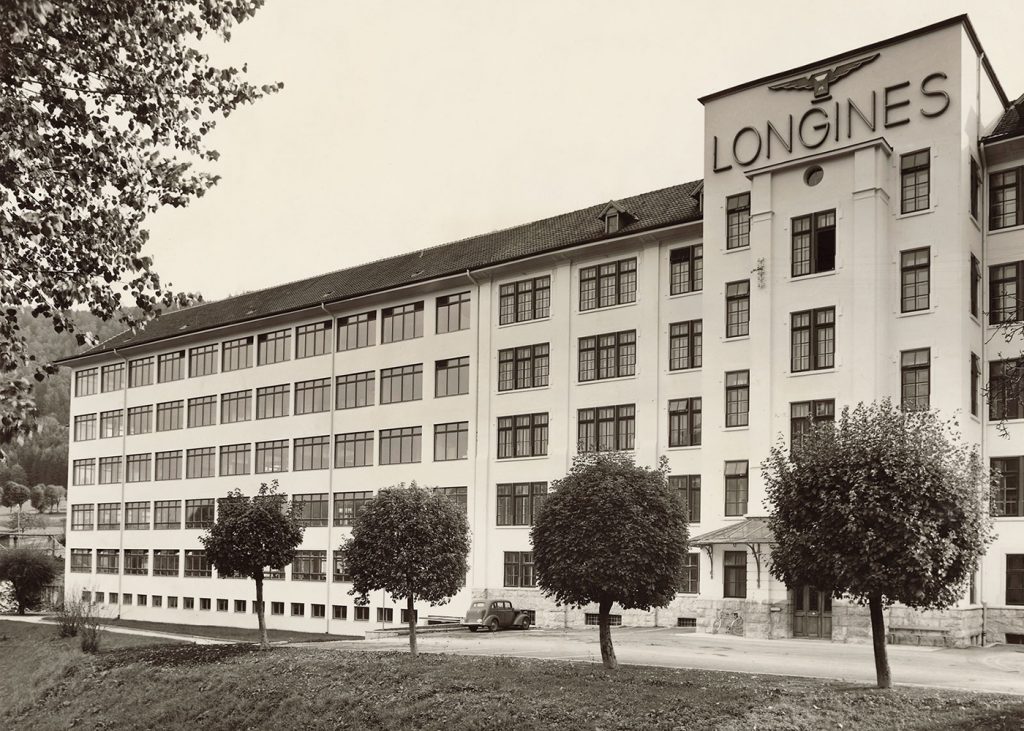 The brand’s communication is accompanied since 1999 by a slogan that fully expresses the Brand’s philosophy “Elegance is an attitude”. Longines’ elegance is not just appearance; it is instead clearly appreciable in the detail of every single watch. Thanks to their reliability, accuracy, toughness and its original technological solutions, the winged hourglass watches have contributed to the success of a number of challenges. 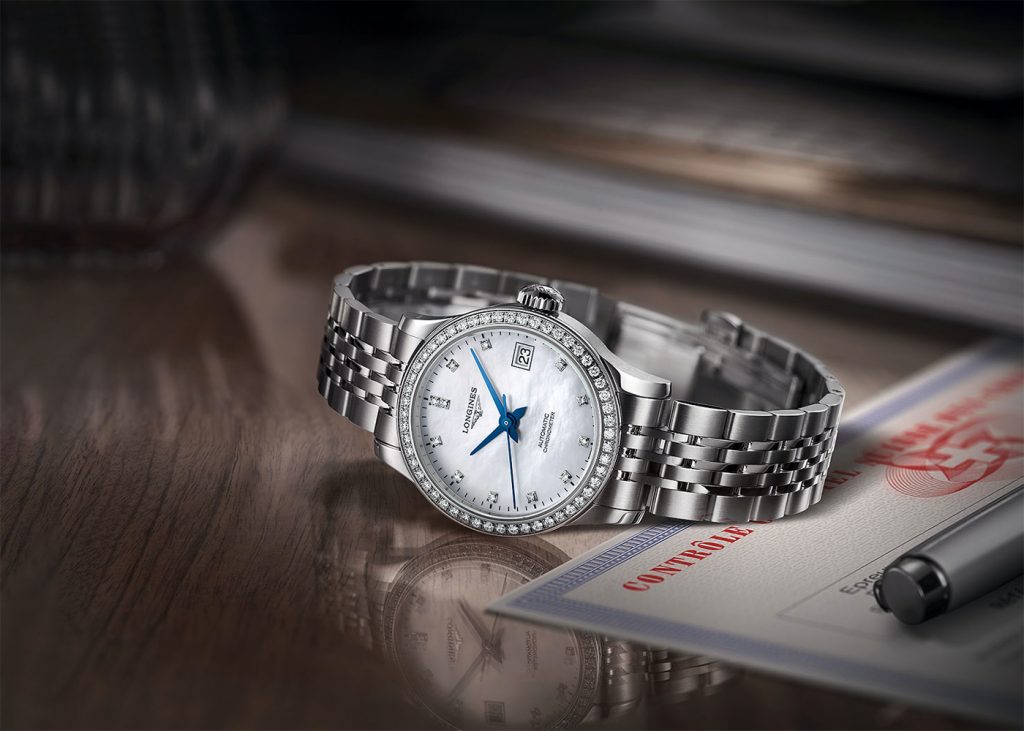 Longines offers many different watch collections, designed for men or women’s wrists, and providing a timeless interpretation of elegance, which the Brand strives towards, with five different moods.
Elegance is the light-motif of the women’s collections DolceVita and Primaluna, the oval cases of the Symphonette collection and obviously the clean lines of La Grande Classique de Longines and of Présence.
On the other hand, the watchmaking tradition is the focus of The Longines Master Collection, which includes classical watches with a modern cut, the Record Collection and the collection with a slightly dated feel about it, The Longines 1832, as well as what is a recognised classic, the Saint-Imier Collection.
The sporting spirit of which the Longines brand is imbued is paramount in the Conquest collection, dedicated to land sports, and in the Hydro Conquest, specially designed for underwater diving.
The Heritage collection revisits the designs of the Brand’s iconic models, which are now provided with modern day mechanical reliability: time only watches, but also underwater models and chronographs, which stand out for their marked and enticing vintage style

A clock has an internal mechanism that is made up of many cogs that are constantly moving and coming into contact. That’s why Longines suggest that every watch should be checked every 4-5 years, partly to guarantee the reliability of the watch and verify the conditions in which it has been used. In this way one can assess the need for a thorough servicing to clean the mechanism of any lubricant oils, which over the years are naturally bound to lose their effectiveness, ensure that the case is still watertight and that the watch is in top working condition.
For battery change operations, Longines recommends contacting an authorised Servicing Centre that will have the equipment and tools required to carry out the operation and is certified to operate according to professional standards.
For all watches, but in especially those that come into contact with water, Longines recommends checking that the case is still watertight every year. One can ask for a free wet test to confirm water tightness from the Hausmann & Co. Servicing Centre.

Longines at the Royal Ascot. Inquiring about the dress code?