Hausmann & Co. embarks into new spaces, new times and new directions. It soars through the air with the driving force that is its history.
Tudor Shop Online
Login
0
Home | Stories | Press | An interview to Giulia Mauro on Om Magazine
Stories

An interview to Giulia Mauro on Om Magazine

“….the watchmaking industry usually addresses to an audience of customers historically mostly composed by men…mechanics is not considered a women’s field of expertise. But as an increasing number of women is entering the scientific faculties, similarly also happens in the staff of our stores, as well as in the leading positions of the watchmaking Brands…within the Hausmann Group, three Store managers out of four are women!” – this is what Giulia Mauro, woman-mother-manager in a ticking world, said in the interview by the OM Magazine issue entirely dedicated to the female universe. 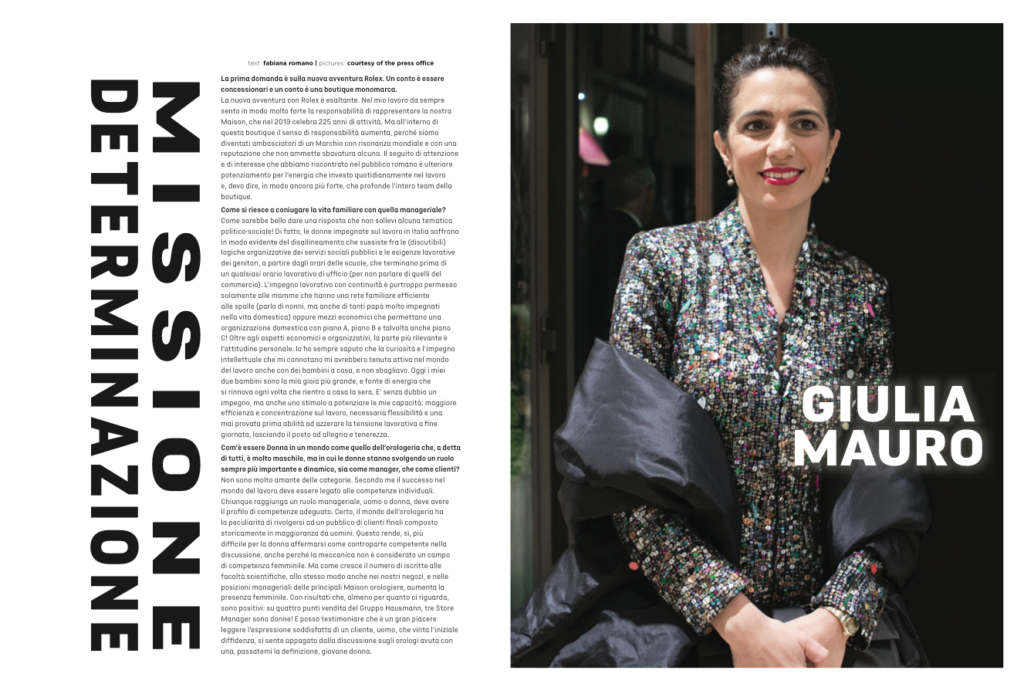