Hausmann & Co. embarks into new spaces, new times and new directions. It soars through the air with the driving force that is its history.
Tudor Shop Online
Login
0
Home | Stories | Diary | The historic centre of Rome as the setting for a family saga
Stories 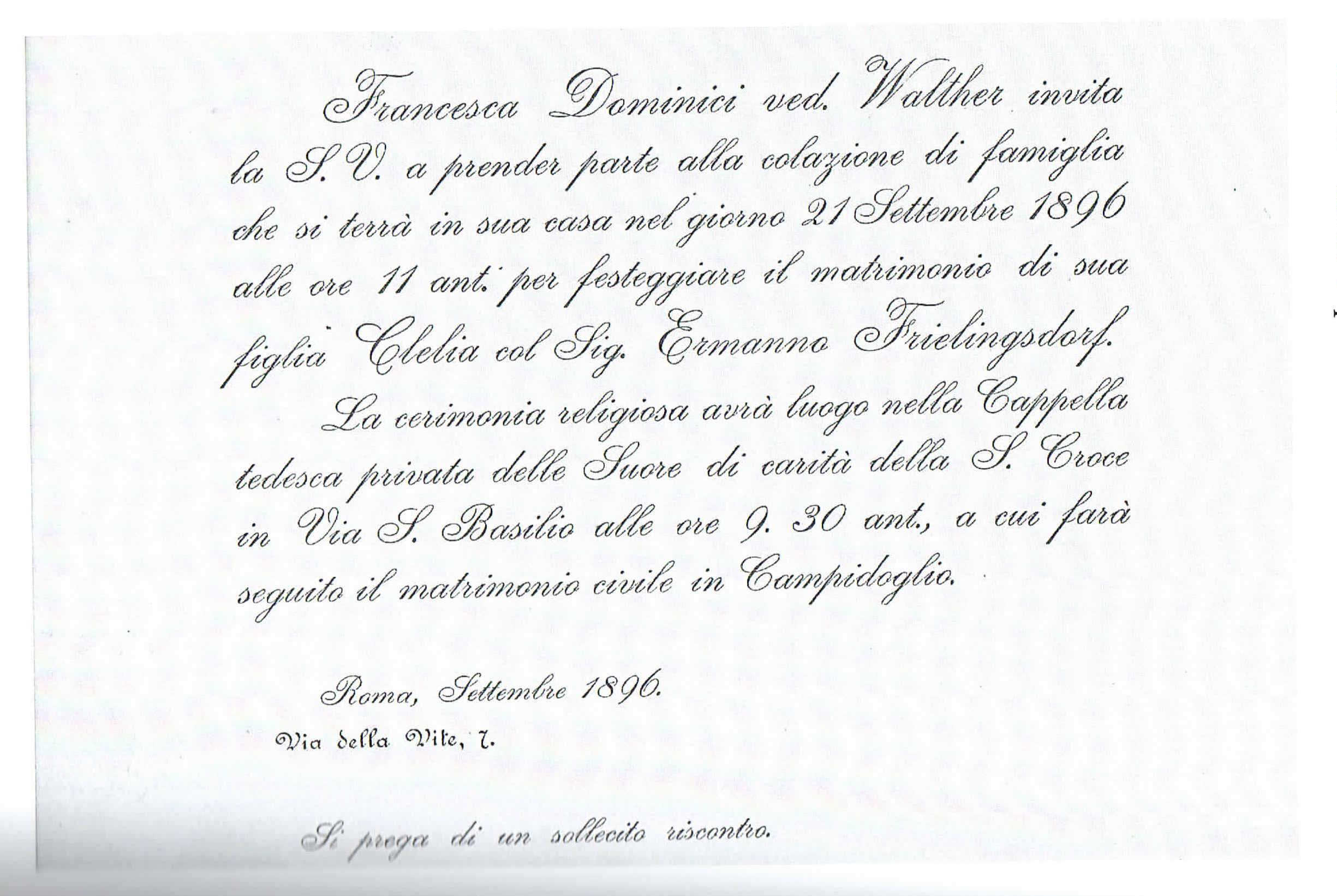 The stories of the protagonists of the company Hausmann & Co. took place in the centre of Rome, where the company still operates.
History still brings wonderful and unexpected surprises. There was great amazement on the discovery that one of the original members of the Frielingsdorf family had originally lived in the building at Via della Vite 7, which was chosen as the headquarters of the offices of the Management of Hausmann & Co. from 2016 to 2019.
The invitation to the wedding between Hermann Frielingsdorf and his wife Clelia Walther was in fact sent by his mother, Francesca Dominici, widow of Walther. She signed the invitation, dated 1896, giving her address as Via della Vite 7. The couple’s meeting was also predestined; the building is in fact right across from the new headquarters of the watchmaking business, chosen in 1891 following the demolition of Palazzo Piombino in Piazza Colonna.
At that time, Rome was very different from how it looks today. Electric lighting only just began to replace gas in those years, and horse-drawn trams still circulated, sometimes even on tracks. Transport of both people and goods was by wagon and carriage. Large wagons were used by house- moving companies, lighter wagons with a waxed cloth to cover the load were used to transport wine from the local regions and baroque- style carriages were used for funerals. For the inhabitants of Piazza di Spagna, the family remembers that every day a peasant came with a goat, which provided fresh milk directly in front of the of the house.