Hausmann & Co. embarks into new spaces, new times and new directions. It soars through the air with the driving force that is its history.
Tudor Shop Online
Login
0
Home | Stories | Diary | Calatrava weekly: a new milestone for Patek Philippe
Stories

Since 1839 the Patek Philippe watch manufacture has stood out in the watchmaking field for its technical excellence that it has proven in its creation of a wide range of calendar systems.
These include the Perpetual Calendar, one of the complications most appreciated by watch enthusiasts, with a first prototype dating back to to 1925. And the annual calendar, patented and launched in 1996 and revived in various versions for both men and women, which was responsible for triggering a revolution among grand complication watches seeing as it only requires a single correction every year (on the 1st of March); right up to 2013, when the Maison presented its Ref. 5200 Gondolo 8 Day/Date, with an instant mechanism that displays the day of the week as well as the date.
In 2019 the Manufacture goes one step further by presenting a new function, meaning the weekly calendar which thanks to a semi-integrated mechanism, in addition to the day, also displays the number of the current week. The graduated scale up to 53 weeks means it can also take into account years that have one more week, an event that takes place every 5-6 years and in 2020 next.
The first watch to incorporate the weekly calendar is the Ref. 5212A, subsequently referred to as the Calatrava weekly.

The smart, modern Calatrava watch was first conceived in 1932 with the launch of the ref. 96, a model accessible to a broader public, despite keeping faith with its high craftsmanship standards. Its elegant yet understated lines drew their inspiration from the Bauhaus style and its motto is “form always follows function”. Ever since this watch’s round case became one of the Brand’s most emblematic features and has fascinated entire generations of enthusiasts owing to its extreme sophistication and discreetness. 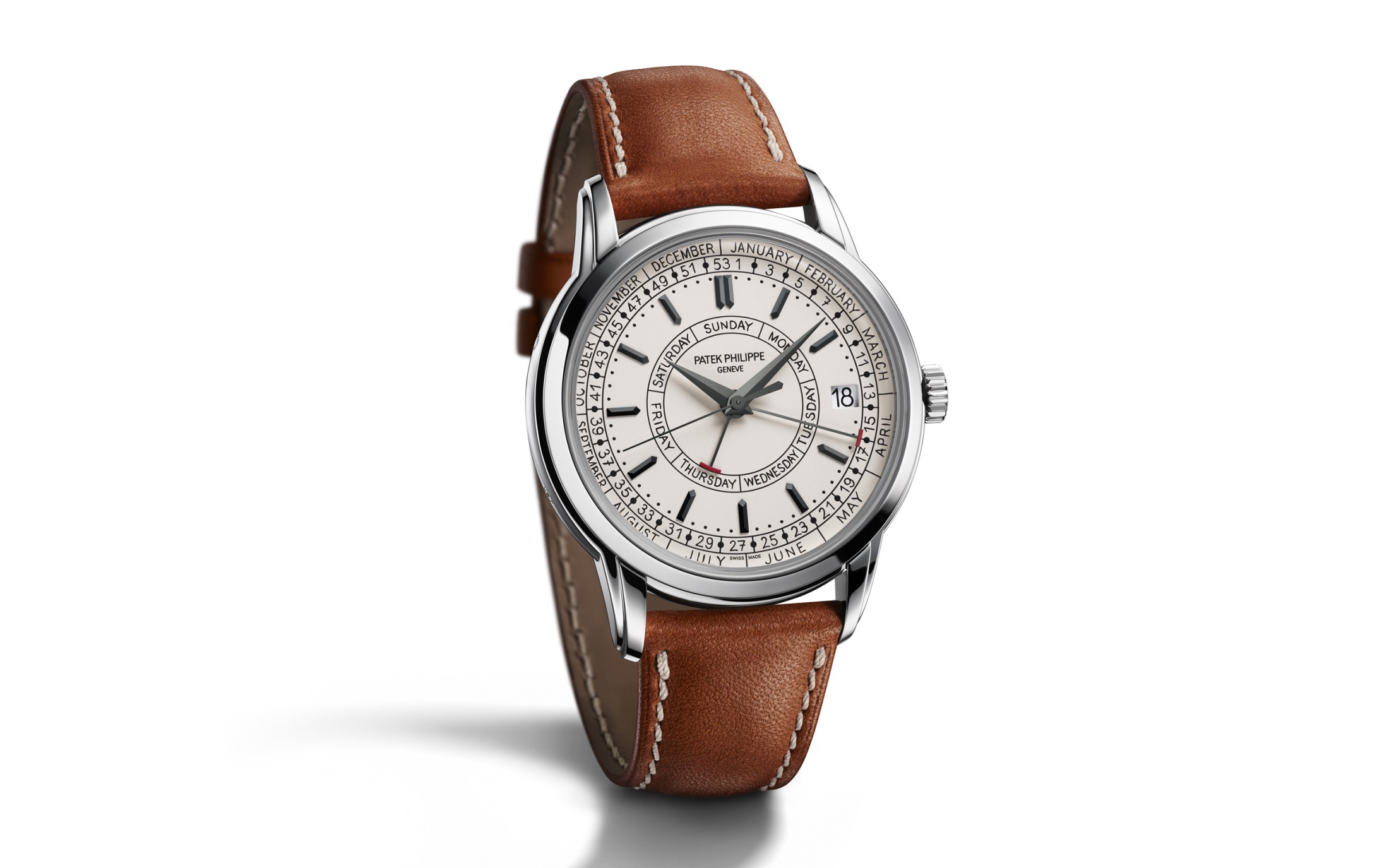